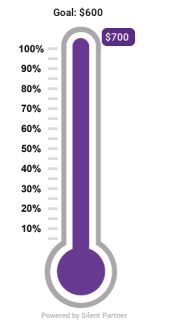 The response to the Challenge has been rapid and generous. As of today, July 12, seven members of the Class of ’64 have given $700! With the $300 from the four challengers, the total donated is $1,000! We on the Promise team are very grateful.

And we humbly say, don’t stop now Class of ’64! The organizers of the birthday party say that they are prepared to take donations at the party.

Class Reunions are back and the Class of 1964 is having a 75th Birthday party!

The Class of ’64 is challenged to match the dollars and help change the opportunities for post-secondary education for future graduates of TRHS. Go to the Three Rivers Promise website donation page, www.threeriverspromise.com to donate online. Click the “In honor of” button and enter “Class of 1964.” Checks are also welcome, made out to “Three Rivers Promise,” and mailed to Jan Michaels c/o “Class of ’64 TRP challenge,” TRP, P.O. Box 405, Three Rivers, MI 49093.