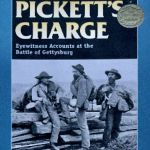 Richard “Dick” Rollins, Ph.D., Three Rivers High School Class of 1964 was an historian, scholar, and friend to many. Dick completed his undergraduate in American History at Michigan State University. He went on to complete his Ph.D. in American History. He authored and co-authored many books, most on the American Civil War. His most famous work became the definitive study of the life of Noah Webster, the American lexicographer. Dick’s work challenged the existing understanding of Webster and altered historians’ view by exploring the conflict of Webster’s idealism and the burden of religion in society, academics and the state. Dick died from cancer in 2004. Though only 58 years old, he broadened the knowledge and understanding of American History. That is knowledge bourne of education. He was one of Three Rivers’ own. The Three Rivers Promise will provide opportunity for a future Dick Rollins.